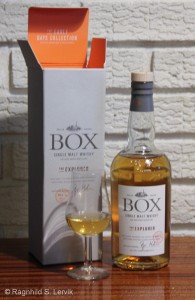 Nose: Singed juniper wood and juniper berries. Lemon. Vanilla and coffee, and spices; chai? More of everything with water, but also chalk and mineral notes.

Palate: A lot. Let’s see: Immediately a little burnt rubber and liquorice, then herbs and after a while oak planks and one the finish coffee. The chalk makes and appearance on the palate as well with water.

Comments: I’ve poured a The Challenger in another glass to compare the two, and I still find Challenger closed on the nose. Explorer has more of a full in-your-face-nose. But they are both good. Very good, in fact. In six months the fourth and last bottling of The Early Days Collection will be released. I will be ready and waiting on the date of release, and once I’ve got it I will, of course, have a quadrupel paralell tasting. I’m already looking forward to it.

Myken: Ali Boston has been to Myken and paints a rather lovely picture.

Talking of Myken, would you like to own your very own cask of Myken spirits? Orders are now being taken for 40 litre casks, presumed to be mature just about the time the whisky comes of age. For more information contact Myken distillery (e-mail: post at mykendestilleri.no) or check out their pdf with more information (including explanations for the somewhat odd purchase processes that Norwegian regulation dictate) that I’ve shared via Google Docs.

Sweden: Box whisky released the third expression in their The Early Days Collection: The Explorer. 10,000 bottles were released at Systembolaget 5 June. Earlier this week there were still a few left, but they seem to be all gone now. We’ll be back with tasting notes soon, probably some time next week. 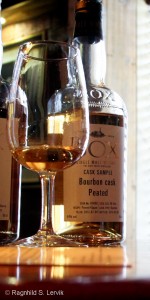 Nose: A bonfire that someone’s thrown some juniper branches on over which spareribs are being grilled. When I add water the sweetness and heat disappears and I am left with cold smoke, flint and juniper berries.

Palate: Cold smoke, in contrast with the heat on the nose, lemons and herbs. No significant development when water is added.

Comments: Wow, that’s a bit of a split personality on the nose. I liked both varieties, but preferred the hot and sweet undiluted character. The palate is perfectly fine and demonstrates how much can be disguised with a bit of peat, this they could easily bottle and sell as far as I’m concerned, something I wouldn’t advice doing with the unpeated variety. Another dram? Well, if you won’t need to twist my arm. 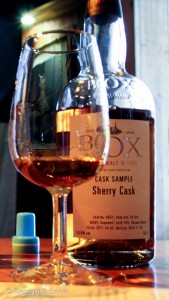 Nose: Butterscotch, a lot of butterscotch. A little roasted grain. With water, rubber appears on the nose as well; warm car tyres. And a hint of black pepper.

Palate: Burnt rubber, garden hose and a faint whiff of toffee. it’s all less intense with water, but the impression of chewing a garden hose lingers.

Comments: WAY too much cask influence, for my palate. I’d MUCH rather have the adolescent congenners of the bourbon cask variety. It’s interesting to taste this, especially in contrast with the other, as it’s a text book example of cask influence making all the difference, but unfortunately it’s not a drinkable dram. 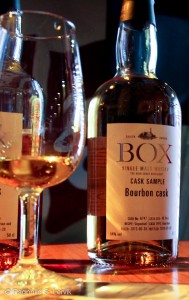 Nose: Cumin and pine needles, vanilla and some congeners. A little lemon with water, more congeners and black pepper.

Palate: Black pepper, vanilla and spice, but also a little sulfur and congeners. The young age is emphasised with water, but the pepper stays, also on the finish, and I get some candied lemon.

Comments: Young, but promising. Definitely appears unfinished, not really ready for drinking, but then the point of these cask samples is not to sell drinking whisky (yet).

Nose: To start with it’s more closed than The Pioneer. Wheat baked goods with herbs. I made rosemary buns once, it smells a bit like those. A little lemon, and dusty malt loft. Water opens for some congeners and “grønnsåpe” (a traditional soft soap), but still plenty of herbs, wood and lemon.

Palate: The first thing that went through my head was “I like this!” Orange sweets and juniper berry, malt and dry twigs. With water I find tart apples and dry wood.

Comments: I was only planning on purchasing one bottle of The Challenger. Now I must say I’m rather pleased I gave into temptation and ordered two (the maximum per customer) when I sat there waiting for the order button to turn green on the Systembolaget web launch. Because this is just spot on, and I like it.

This is a bottling from a private Box cask, a so called “ankare”. The cask – or rather the contents of it – belong to Tobias Johnsson, who explains that Lengyel Utca 9 means Poland Street 9, which was his first address in the Hungarian town of Szeged where he studied. He chose a cask of hungarian oak for sentimental reasons. A big thank you to Tobias for the sample, it tempts me further towards buying my own “ankare” when the results can be this good.

Palate: A somehat harsh and bitter oakiness, but also vanilla and dark chocolate. With water the harshness disappears and it aquires some black pepper.

Comments: The only drawback to this one is that the spice and vanilla in combination reminds me of scented candles and I really do not like scented candles. Apart from that it’s a lovely dram, much better than the other Hungarian oak bottlings I’ve tried. It keeps nicely to the distillery character and is well integrated in a way small cask bottlings rarely are. 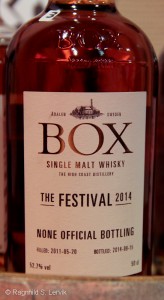 Nose: Rosemary and lemon. Cinnamon and oak. With water I find dark chocolate and coriander seed. Dust and black pepper.

Comments: It’s a pity I don’t have a bottle or three of this stashed away. It was a sample, and now it’s gone. Ah, well, I enjoyed it thoroughly while it lasted.

Sweden: On the 20th of November Smögen whisky will release two bottlings at Systembolaget. One – Smögen single cask 20/2011 – is a single cask ex Maker’s Mark cask bottling, bottled at 60.9%. 295 bottles of 500 ml will be made available. The second bottling – Smögen Sherry Project 1:1 – has been finished in sherry casks, is bottled at 52% and 595 bottles of 500 ml wil be made available. The latter is listed as “övrig sprit” (other spirits) rather than whisky for some reason, though Smögen say it was filled in casks in July 2011 and bottled in September 2014, which makes it three years old by a healthy margin. Whiskyblogg.se has tasting notes for the single cask and Whisky Saga for the Sherry Project.

Sweden: Also on release at Systembolaget in November is Box The Challenger, at 48.2%. The date for this bottling is the 27th, and a pre-release was held at various Swedish pubs on the 13th.

I will be ready to order on the 27th myself, the jury is still out on the 20th, but I have to admit it’s tempting.