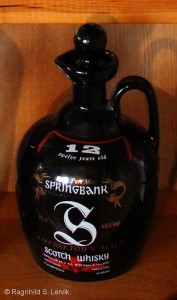 Nose: Raisins, milk chocolate, caramellised something, fried butter and a little eucalyptus. Water brings out the sherry and some congeners, a hint of cellar, possibly some mould.

Palate: Burnt sugar and oak cask. With water the wood tastes rawer, there are a fair few congeners, but also toffee and sherry notes.

Comments: Somewhat strange on the nose, but not at all unpleasant. The congeners are a pluss, they help make the dram more interesting. I prefer the roughness of this to the elegance of the 17 year old. It’s ovbiously worth keeping a look out for these old bottlings. 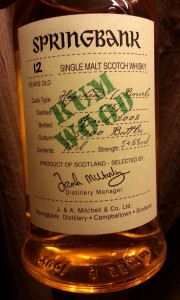 Comments: Original, but is it good? Unfortunately I have to settle for “No”. It’s the bitterness on the palate again, and there is not enough sweetness to balance it. And this weird buttery character. Is it because of the rum cask? Rum hardly tastes of butter, so I don’t know. Could it be the fattiness of the spirit that reacts this way with the rum cask? In any case, I’m underwhelmed, again. 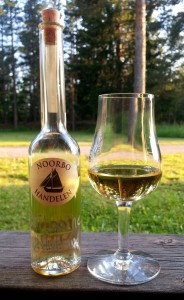 Comments: Quite nice. A pretty example of how Dailuiane may turn out in a bourbon cask (I am 99% sure that this is from a bourbon cask). Cask strenght would have been preferable, and it lacks a little complexity, but it’s a nice whisky for everyday wear.

Hjärta was bottled specifically for the Nordic countries, but was also available at the distillery.

Palate: Lightly perfumed, oak, orange marmelade. Dark chocolate on the finish. Water emphasises the oak and brings out malt, or rather husks.

Comments: Does not win my heart, though it’s not a bad dram. Apart from being cask strength, a plus in my book, I don’t know that it’s any better than the standard 12 years old. Well, it has a nice box, if you’re into that kind of thing.

Nectar d’Or has been finished in Sauterne casks. Blind tasting.

Nose: Acetone and oak, lightly perfumed and quite bourbon-y. But then, after some time in the glass: Raspberry jam and pancakes. With water it developes a trace of wax or Play-Doh and burnt matches.

Comments: On first sip I was hesitant, but after some time in the glass it’s quite nice, really. Not something I’d buy a whole bottle of, perhaps, but I’d not say no to another dram.

Colour: The old version is considerably darker than the new one. But as they are both undoubtably coloured with E150, this doesn’t tell us much (except, perhaps, what impression the distillery wants us to get when looking at the whisky).

Nose: Sweet woodiness, wax or Play-Doh, milk chocolate, plum in Madeira and ashes mixed with grain dust. Water brings out citrus, lemon and lemongrass, but also some other herb. Thyme?

Nose: Wooden notes, but lacking the sweetness of the other. Somewhat barren vegetation, juniper trees and non-flowering heather. After a while in the glass it releases some congeners and appears younger, but with a little water this disappears and I get citrus and a hint of smoke. After even more time I suddenly get “krumkaker”.

Palate: Rougher than its older cousin. Oak and some sort of dried spice. Orange marmalade on the finish. With water I get chocolate, but a dark and somewhat bitter variety. Some lemon and citrussy notes.

Comments: It is interesting to see how different these are, but that there are still common threads. For example they both react to water by releasing citrussy notes. The new version gives the impression of being younger, which will count against it for a lot of people, and it is wholly lackig the waxy notes I found on the old version. To someone who loved the old version, the new “design” will probably seem all wrong, but I think I prefer it (marginally). Both are excellent “standard whiskies”, neither is a perfect ten. I would not complain being served a dram of Highland Park 12 years old (no matter what decade you purchased the bottle) but somewhere with a wide selection I would be likely to look for something more exciting.

Thanks to Morten and Håvard for the samples.