Like the Aberlour Glenlivet, this is an older bottling, bottled in the 80ies.

Nose: Dark toffee and dried cranberries. With a lot of water it acquires some maltiness and a hint of fresh fruit.

Comments: Does nothing to change my impression of Dufftown distillery; They make perfectly decent, but incredibly boring whisky.

An Aberlour bottled in the 1980ies, when adding “Glenlivet” to your label was still in vogue.

Nose: Butterscotch, some dry oak. Water brings out a little fruit; apples and some pineapple.

Comments: Not the most complex of whiskies, but definitely a nice every-day sort of dram. Just the tiny hitch of it being unavailable nowadays, of course.

Distilled 2001, matured in an ex-shiraz hogshead. Purchased at the Cadenhead’s shop in Campbeltown in 2010, I split a bottle with Leif Olav (after a week on Islay we both had enough bottles in our luggage so a shared bottle seemed like a good idea).

Nose: Pretty spirity, some smoke, the insides of a damp, wine-soaked cask (as if you stick your nose in the bung hole of a recently emptied cask and sniff it). More obvious smoke with water, since the intense spirit disappears. Dried apricots and grilled pineapple, green apples and lemon balm (the herb).

Palate: Immediately a little anonymous, a lot of alchohol and a touch of oak. With water it develops smoke on the palate as well, cold rock and some tropical fruits.

Comments: Definitely needs water to flourish, but is scarily easy to drink at full strength, though rather boring. Very fruity once water is added. The wine cask is not obvious at all, except for that initial “damp cask insides” on the nose. 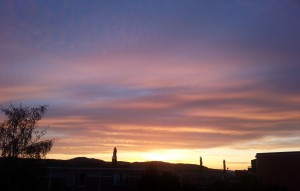